Meet the Veterinarians & Team of Lake Travis Animal Hospital in Austin! We’re pleased to provide exceptional vet care for your pets! Please call us at 512-266-2421 to speak to one of our caring veterinary staff members! 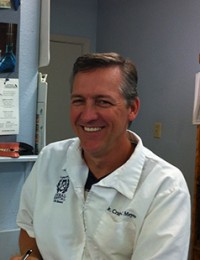 Dr. Meyer lives in Leander with his wife and three children. 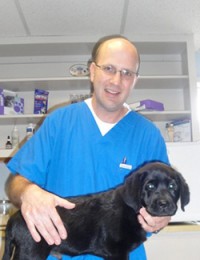 Born in Dallas, Texas, Dr. Jason Foster received his Bachelor of Art’s from Tulane University. Upon graduation he attended Texas A&M where he graduated with his Doctor in Veterinary Medicine in 1999. He began working at Lake Travis Animal Hospital in 1999 and, along with being an esteemed doctor, in 2004 became owner.

Dr. Foster currently lives in Cedar Park with his wife and three children.

Dr. Jackson has been a full time veterinarian at Lake Travis Animal Hospital since November 2022. She is a true native of the Lake Travis community.

She and her husband live with their pets in San Marcos, TX.

Dianne Terrel has been our lead technician since 2001. She is experienced in working with all animals. She lives in Leander with her husband and 2 boys.

Joey is one of our wonderful technicians. He really enjoys playing with the small puppies.

Maria has been helping animals here at LTAH since 2011. She spends her time with her family and pets when she’s not here with us. She has three beautiful boys, a bull dog and a chihuahua 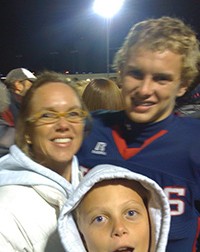 Kelly has been working at LTAH since 1995. She lives in Wimberley with her husband and 2 boys.

Jenni is one of our wonderful faces that greets you when you walk in the door. She is quick to help you and will guide you in the right direction.

Jeannine always has a smile on her face! She can also help with questions regarding training your pups. Her previous experience includes Taurus Academy.

We look forward to meeting you!

We are happy to book an appointment for you! Simply complete our easy online pet portal form, or call our clinic and we will be happy to assist you.